The MANY faces of Ryder!!

So, it's kind of ridiculous how bad I've been at blogging...I guess moving back home to Utah might have something to do with that, and how busy it's been before and since then. Anyway, I thought I'd start off by showing you all the many faces my handsome boy Ryder has....and they are MANY!! :P 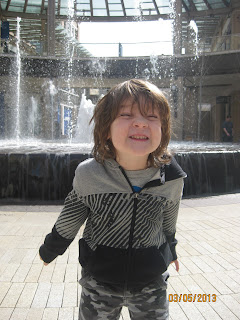 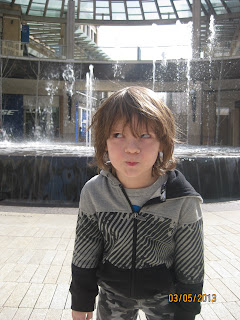 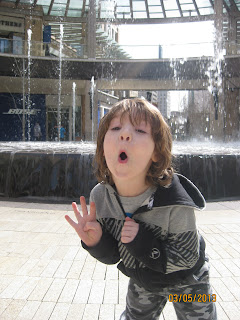 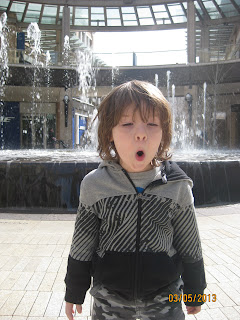 One thing's for sure, he loves to ham it up, especially in front of the camera! And the funny thing about taking his picture, is that if you tell him to make a crazy face he doesn't know what to do and usually ends up smiling nicely...But when you tell him to smile, the above pictures are the usual thing, too. I love this crazy boy!! :)
Posted by Shari at 3:48 PM 2 comments: 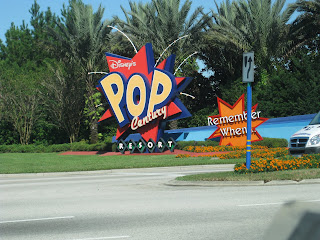 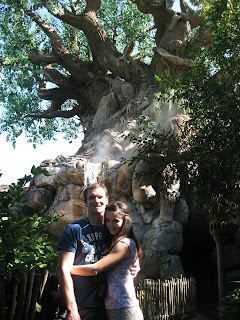 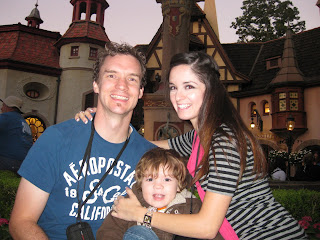 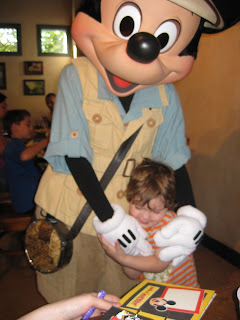 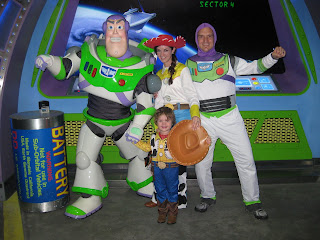 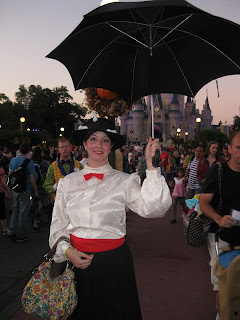 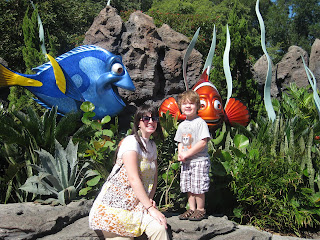 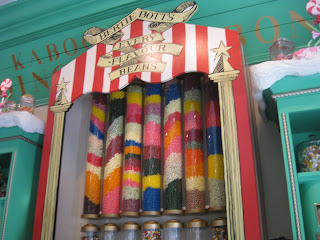 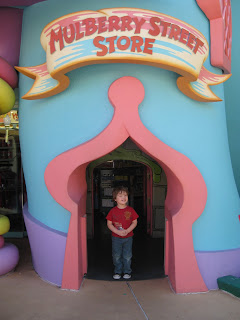 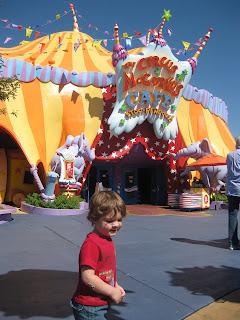 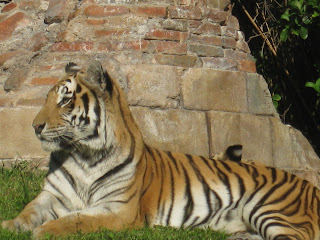 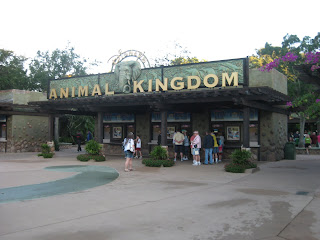 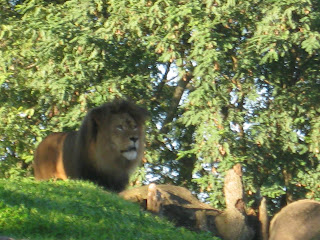 Well, our trip has come and gone... And it turned out a million times better than I expected. It was supposed to be in the upper 70's the whole time, and it ended up 80-85 the whole week. It didn't rain once during the day, and we enjoyed the warm sun! Here's how our week looked--

Fri.- Our first full day (we all got in late the night before) we went to Animal Kingdom. Last time we went it was so cold that we saw less than half of the park. This time we explored everwhere and went on all the thrill rides that we hadn't before. The park is gorgeous, lush and green, and has different areas that resemble their respective continents extremely well. There was Africa, Asia, Dino USA, Camp Minnie-Mickey. Walking into Africa and Asia, you forgot you were in Florida, really. And Expedition Everest is a roller-coaster including an encounter with a real life Yeti, for real. ;) It was so fun!! And the park was not crowded at all, so we all enjoyed 3 rides in a row! The Kilamanjaro Safari ride is amazing, seeing all types of African wildlife, and we did that first thing in the morning, so the animals were all out and roaming. That was the best part!

Sat.- We spent the day at Universal Studios: Islands of Adventure...where, wait for it....The Wizarding World of Harry Potter is!!! Yes, it was amazing! And yes, we all want to go back! It really did feel like walking into the books, or like we were given a VIP tour on the set of one of the movies. One of the best parts, besides the Butterbeer and general wizardy feel of the park and Harry Potter and the Forbidden Journey ride (there were a lot of "best" part!) were the outfits the workers there wore. I'm kicking myself that I didn't take pictures, but they were very authentic looking to what you see in the movies and would expect, plus their little crooked wizard pointy hats were just awesome! I want to work there just to wear those and not look crazy! We also saw an older couple with their daughter (in her 40's) dressed up in full Gryffindor uniform and robes, and they looked like teachers who just wandered out of the teacher's lounge from the castle. It was pretty cool! The Harry Potter and the Forbidden Journey ride has been named the best theme park ride in America, and it really was! The technology they use uses what is called a Kuka arm, and Disney was bidding to buy this technology before Universal swooped in and bought it. Also, what is called I believe Musion eyeliner technology which is a high-definition video projection system which created images of Dumbledore in his office, that looked like he was right in front of you. Also, later Harry, Ron, and Hermione appear from under the invisibility cloak and it appears to be completely real. Crazy! Frozen butterbeer is amazing, according to Marie pumpkin juice is not good at all, and the shepherd's pie at the Three Broomsticks was yummy and I felt like I was eating somewhere where the wizards and witches were going to discover at any moment that a strange muggle was amongst them. My only complaint was that there aren't many shops and that that section of Universal is too small to me. I wish it were lots bigger! But it was one of our favorite parts of the trip! Not just the Harry Potter World either, there was also a Dr. Seuss Land that felt like you hopped into those books too. And Ryder wouldn't get off the Caro-Seuss-El! Oh, I forgot to mention that Ryder went on his FIRST roller coaster, Flight of the Hippogriff, which was a pretty good coaster without any loops, but up very high and pretty fast! Ryder compared the fun he had on rides to the speed they were compared to that ride. Some were too slow after that... I think we have a thrill ride junkie in the making.

Sun.- We spent at Epcot, which is split up into Future World and World Showcase (where all the replica countries are). We spent most of our time in Future World where the Finding Nemo & Friends ride is and lots of aquariums are. The Mission:SPACE ride was there, where you go on a mission to Mars, and feel 6 G's and they worked with NASA to make the ride as realistic feeling to riding in a rocket as possible. It was really fun! Also, Test Track was fun where you go through similar tests that test dummies do for cars. We had tons of fun there!

Mon.- We spent all day at Magic Kingdom, eating there, then starting at Fantasyland, which is undergoing the hugest expansion ever at Disney World, tripling the space it's in now. The princesses will be housed here, with a new restaurant Be Our Guest, also a huge mountain or two, and multiple castles... It looks like it will be beautiful! It should be done by the end of 2012 or sooner. We love MK the best of all the parks, and had a ball going on all the rides!

Tues.- Again we went to MK to spend the day, and finished seeing everything, then later that night we went to Mickey's Not-So-Scary Halloween party!! We were Buzz, Jessie, and Woody! And Marie was Mary Poppins! Everyone stopped her and couldn't believe how good she looked! And she created the costume from scratch... It was awesome! We went to the Boo to You! parade, trick or treated, rode some rides like Haunted Mansion and Pirates of the Caribbean (multiple times). It was really fun to be there for a holiday, and they had lots of fun decorations, villains, characters in costumes, and creepy, Haunted Mansion-type music was playing throughout the whole park. We were really glad that we did the party. We also took pics with Buzz, and it was so funny how he reacted to us. He was dipping me, kissing my hand, holding my hand, etc. and also wanted Paul to fulfill his duties posing for pics as he left with me and Ryder...We had really good luck with all the characters, they were fun and expressive, and they spent a good amount of time with us.

Wed.- We spent some time at Hollywood Studios and some at Epcot. At HS we went on Tower of Terror, Movie Ride, Rock'n Roller Coaster, etc. The streets are all made to look like the early age of Hollywood, and Ryder got to meet one of his favorite characters, Oso at a character dinner there. We had a lot of fun there. Later, at Epcot we spent the rest of the time in World Showcase. We visited most of the countries, plus the Epcot Food & Wine Festival was going on until Nov. while we were there. We were able to have beef empanadas from Argentina and cheese fondue from Germany too. And we bought some nice perfumes in Italy, and food and candies in Japan. And while we were there we passed by right after Boyz II Men had just finished a concert...Dang it! But we all loved going around the World!

Thurs.- It was the hottest day, at least 85, when we left... I wanted to stay another week!! I just knew going back to 40-50 degree weather was going to be so much fun!! No, but I was pretty sure I would get sick as soon as we got back, and did the following week... I swear, people in FL must not get sick very often and are pretty healthy. That's how that weather made me feel, really good, and we were all healthy during the trip despite waking up super early and going to bed super late!! But it was all worth it and I would highly recommend it!!
Posted by Shari at 7:46 AM 2 comments:

The happiest place on Earth! 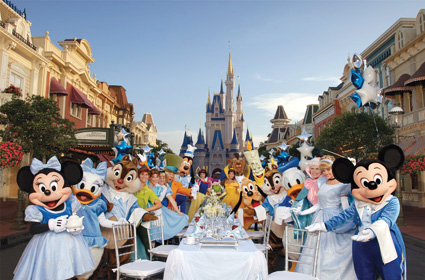 We are getting really close to visiting one of our favorite places in the world: Disney World! I have to say that we have been dying with anticipation of our trip, which is right around the corner. Our first ever trip there was right after Ryder's 1st birthday and was a lot of fun!! We had a great time despite the freezing (okay 40-ish degree) weather and rain (hey, there were less crowds)! And also after having gotten into a car accident on the way to the airport.

Then after planning for 2 years to go to Disneyland with my whole family to celebrate my parent's 30th anniversary, Ryder became the sickest he has ever been, for a wedding in Utah then Disneyland. He was literally like a bump on a log, just laying there and in so much pain. After an ER visit, multiple Dr.'s appts., etc. they finally figured out he had a bacterial AND viral infection. It was the WORST! He hardly enjoyed the happiest place on Earth!

Now, after a crazy year with lots of ups and downs, we are heading to Walt Disney World! Say it with me now "Third time's the charm!" Right? Let's hope. So, come rain or shine, sickness or health, we are coming Orlando! And we're gonna party like it's 1999!! Or something like that...
Posted by Shari at 7:33 AM No comments: 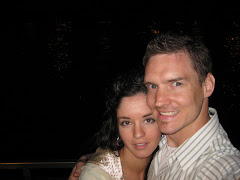 Shari
I'm a movie and music nut, who loves to be with my boys, travel, and generally have a good time! ;) 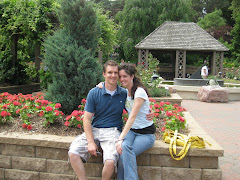 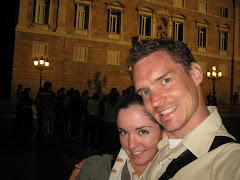 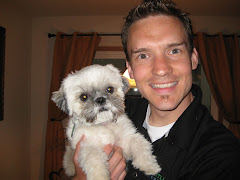 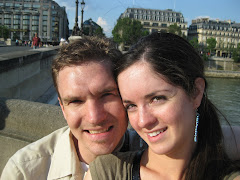